Prayerful Remonstrance
Petition for Redress to the Governing Authorities
News Update: NJ "Attorney General [Jeffrey S. Chiesa, Esq.] has provided an opinion, which has been shared with the Board, that an individual offering "energy therapy" including "light touch" and "gentle touch" does not need to obtain a license if s/he does not 1) Engage in structured touch to affect the soft tissue of the body; and 2) Hold him/herself out as engaging in massage and bodywork therapy, either expressly or impliedly." http://www.naturalhealingalliance.org/newsletter/2013-10-2.html (October 23, 2013) 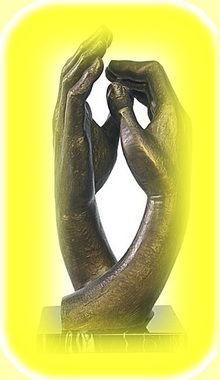 Petition for Redress of Grievances
[The web form contains a generalized version of the Petition for use in any State.]

From: The Ad Hoc Healing Ministers Commission (of New Jersey)

“NJ Massage and Bodywork Board: Do Not Restrict Ministerial Energy Work!”

To:  Governor Christie, the Judges of all Courts, the State Legislature and the NJ Massage and Bodywork Board

Whereas the churches and ministries of New Jersey have conducted healing ministries since before the Declaration of Independence, as ministerial counseling expressive association;

Whereas such ministries continue to this day and the Medical Practices Act has recognized the Ministerial Exemption since its inception; NJSA 45:9-21 permits:

"the ministration to, or treatment of, the sick or suffering by prayer or spiritual means, whether gratuitously or for compensation, and without the use of any drug material remedy..."

Whereas various ministerial health centers have served New Jersey communities for decades, for example, Rev. S. Womack in Bloomfield, NJ since 1990, Rev. R. Sorge in Asbury Park, NJ since 1975, Northeast Holistic Center in Belleville, NJ since 1990, among others;

Whereas New Jersey church seminaries may issue degrees and certifications:

“…seminaries are not subject to governmental supervision or accreditation by outside agencies...” (Goodwin v State);

Whereas duly licensed, commissioned and ordained Minister Practitioners are certified by LifeSpirit Theological Seminary or other Ecclesiastical Supervisors in ministerial healing modalities, including energy work which may or may not involve minimal touch, and

Whereas the New Jersey Massage and Bodyworks Board appears to be exceeding its statutory authority and seeks to regulate energy work, including expressive association energy work by certified Minister-Practitioners,

Therefore the Ad Hoc Healing Ministers Commission of New Jersey prayerfully petitions the Governor, Courts and Legislature for redress of grievances, calling upon all public officials, including the Massage and Bodyworks Board, to respect the Ministerial Exemption which exists in New Jersey common, statutory and case law.

We call for clear statements by the Board and political leaders that our expressive association rights will be respected and duly licensed, commissioned and ordained ministers who are certified in various healing modalities that may include light touch will not be “subjected to governmental supervision…”

Wherefore we have ascribed our signatures to this Prayerful Remonstrance on this 4th Day of July in the year 2013 of the Common Era.

[Please use the Contact Us form to request being added to the supporter listing.]
In State v Biggs (46 SE Reporter 401, 1903) the North Carolina Supreme Court stated, at p.405:

"Medicine is an experimental, not an exact science. All the law can do is to regulate and safeguard the use of powerful and dangerous remedies, like the knife and drugs, but it cannot forbid dispensing with them. When the Master, who was himself called the Good Physician, was told that other than his followers were casting out devils and curing diseases, he said, 'Forbid them not.'"
Powered by

Create your own unique website with customizable templates.
Prayerful Remonstrance